The photo of me and the cast iron pot in the middle of the table made me think of cast iron utensils we used when I was little. We did not have money for a standing rib roast. I think chicken was the only meat we ate -- once a week we did have a roast on Sundays, sometimes veal, mostly chicken. Otherwise we ate fish. 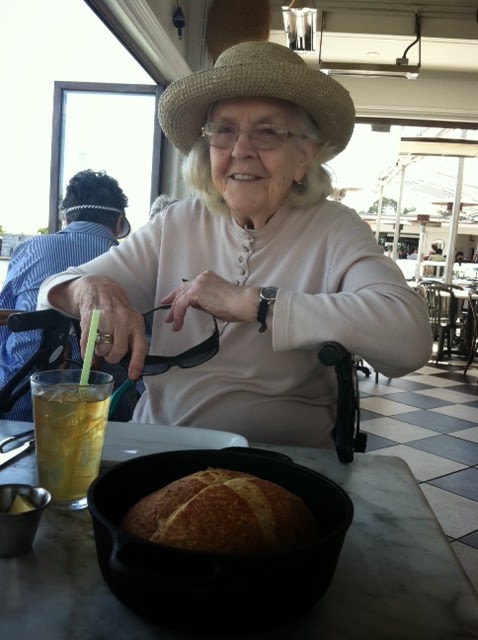 A man came and delivered wood and this man knew the size that every person needed in the little village where we lived and he cut it so it would fit in everyone's house. Everyone had a fireplace but not open like we have here but made out of ceramic tile and they always stood in the corner of whatever room we're talking about -- the only room that didn't have a fireplace was the dining room.

I remember as a child the little door on top of the ceramic fireplace was open and it made all kinds of scary shadows on all the walls.

But back to cast iron. The only other utensils we had were frying pans and they were cast iron. They had to be treated with lots of respect because if you washed them and you didn't dry them carefully rust formed from a drop of water and there would be hell to pay because the next time you made pancakes or something else delicious would stick.
Posted by svensto at 8:46 AM 4 comments: