She had to bend over his knees and 'Father was dressed in his school clothes. The grip on her hand was so tight it almost hurt.And his legs were so long, she could hardly keep up,which made her hand hurt more. But worst of all, he was holding his pruning shears in his other hand. Oh, she knew what what meant. She had seen what happened to Ivar, her oldest brother. And to Helena and Alma. All of them talke  d of going to America when they were 17. Would she have to go to America too?

When they got to the end of the school property, Father handed her the shears and told her to cut three pieces of the old bush growing out side the fence. She could just bare;y hold the shears with one hand, while she was holding a straight branch of the bush. And her fingers were too small to cut the branch. Her crying had not stopped and her nose was running and Father's thumb was rubbing th pointing finder. She knew he was getting angrier as he watched her fumbling.

Here, give me the cutters. I will cut them, but instead of three, you will get four. Through her tears she saw that the fourth branch was a lot older than the ones she had chosen.

And off they walked to the out house designated for the family. There were boys kicking ball in the opposite part of the school yard. There would be twittering tomorrow when they saw her. Thank goodness he closed the the door when they got to the 'dass'

I was afraid my cat was dying. Topsy made such sad noises. Malte told me his father knows how to help animals.

Here Blow your nose. And pull your pants down. And come here.

Luigi was here and my computer works. For the first time since I moved to California I feel just a small bit more secure about using my computer, and my Blog may now grow again.

First I have to tell you that my Christmas Holidays were magnificent. 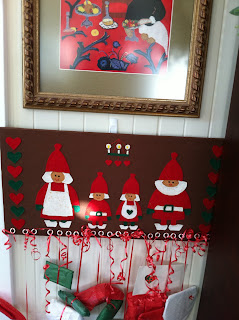 It all began with  our Santa Lucia breakfast. At 6.30 am all guests were happily waiting for the ‘overnight egg dish’ to be served. We had orange juice  and Lucia rolls and the afore mentioned egg dish. The outside of the house was illuminated by ‘the candle in the bag’ that we used to have on the bridge across the creek in Diablo. 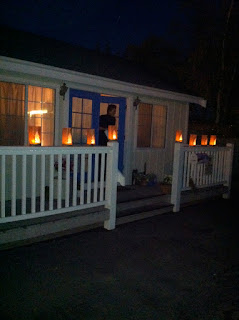 Our tables were rearranged so we could all sit together. 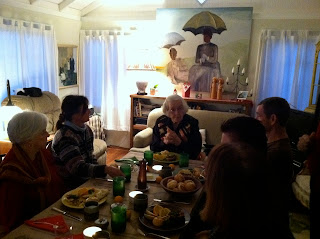 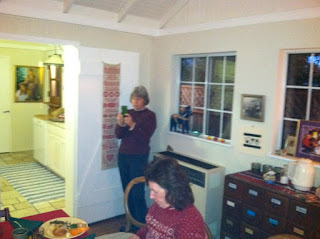 When it came time to sing the Lucia song, Susanne and Marsha sang the song they had managed to translate into English and their harmonizing was impressive. 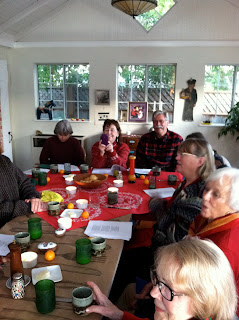 It was so beautiful there were tears in more than my eyes. 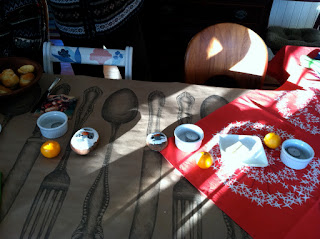 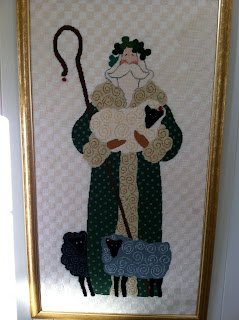 The nineteenth of December, Martha and I were invited to Jane’s house for her yearly Christmas dinner for four of her best friends. I think the dinners are celebrating other countries and because of my heritage we had a Swedish night. Decorations throughout the house. 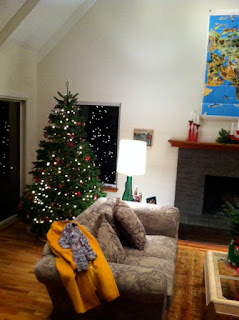 And the menu! The meal was spectacular. We had smorgasboard and soup and Swedish meatballs with lingon berries, potatoes and gravy. 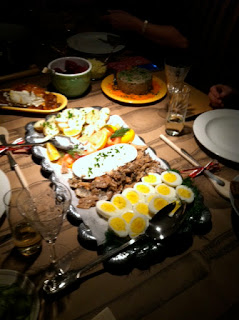 We even had a small drop of Aquavit. Jane’s friends had brought many of the dishes. 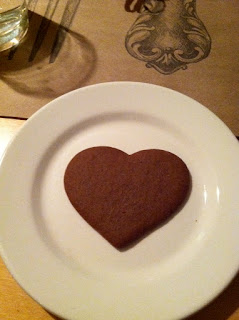 There were gifts from all the friends of Jane’s. Kathy had made a large pin with an old fashioned g, Pam had bought a whole extra bag of Swedish meatballs at IKEA and Luanne had found wonderful napkins. Beth, who once owned a button store had picked out a clever thing. Such generosity. 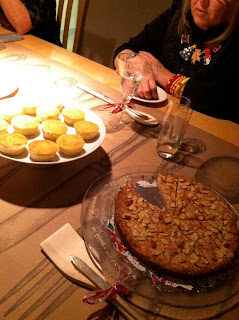 Next morning, Martha and I left, with Jane following in her car ‘she had to go to work’ to meet our old, old friends from Diablo. A fine restaurant near the first off ramp for Mill Valley was our destination. And there were the Gordons, Peg and Semmes and daughter Mary with her daughter Kate. We had a long leisurely breakfast. It was wonderful getting caught up on the news of old friends but most of all being with them. Time passed quickly.

Soon Martha and I headed back to Santa Cruz and the Gordons returned to Petaluma. We are trying to convince them to visit us here. 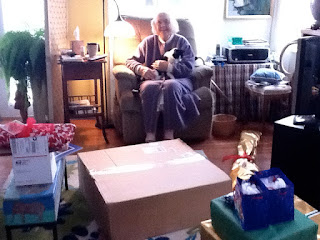 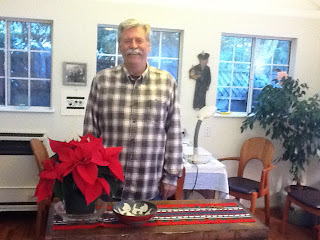